FRANQ Magazine And Why I Had To Write About It

If you are a faithful reader of my blog, you're very familiar by now with my post "The Ugly Betty Story And Why I Want To Show Your True Beauty To The World". That part of my life happened between the ages of 12 and 18. Yes, 6 years having low thoughts about myself.

That age range is the most vulnerable of all regarding body image and self confidence, and the most susceptible to be shaped by information thrown their way regarding these subjects, because teens are in the development time of their lives on which they are discovering who they are as an individual, instead of as a member of a family, which is how they identified themselves when they were younger.

So today, while doing searches on Twitter (I'm into that now, to find awesome people who stand for what I stand for), I stumbled upon this Teen Magazine: FRANQ. It wasn't the Twitter name that caught my attention initially but an image they shared: 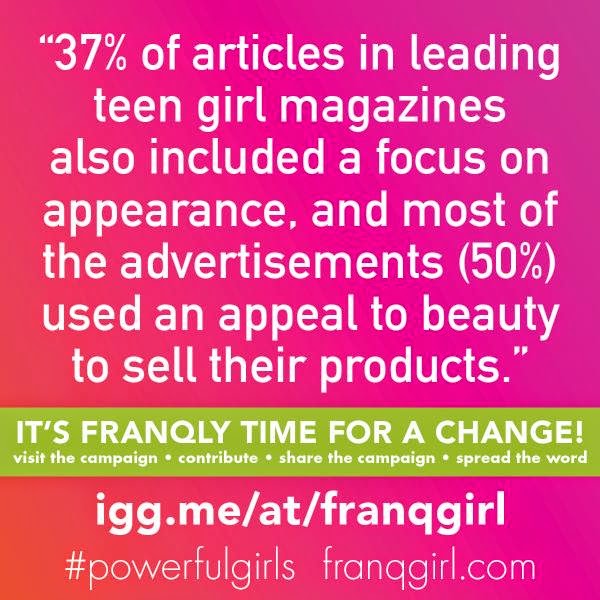 So, being the curious lady I am, I went to their website and checked all I could (I still have no idea which city it belongs to, so if you know, please tell me!).

I have to admit, I'm so excited about this concept! I love how most of the collaboration work is made also by teens (in fact, the promotional video was made by an intern who is 17). For example, Maria Dasoo, a teenage writer wrote an amazing poem from which I took out my favourite verse (perhaps because it relates with the Reveal Your True Beauty concept):

"My body is not to be objectified, but to be personalized"

How did this magazine started? With a "WHAT IF" question:

There was a magazine that created an environment to empower girls in all areas of their lives, from becoming body positive, to achieving their most audacious dreams and goals. Showcasing the possibilities in life, not constrained by the “ideals” set out before them.

There was a magazine that showed girls as girls, in all shapes and sizes and in all their glory, by using REAL teen girls as their models WITHOUT THE USE OF PHOTOSHOP.

There was a magazine that challenged all of the current parameters of beauty in the media.

They want to take the next step (and rightfully so!) to engage more teen girls in positive image and self awareness. That is why they are doing a crowd funding on Indiegogo which I strongly invite you to support. What impact can this magazine generate on our teenaged girls? I'll let another image shared by FRANQ Magazine answer that question for you: 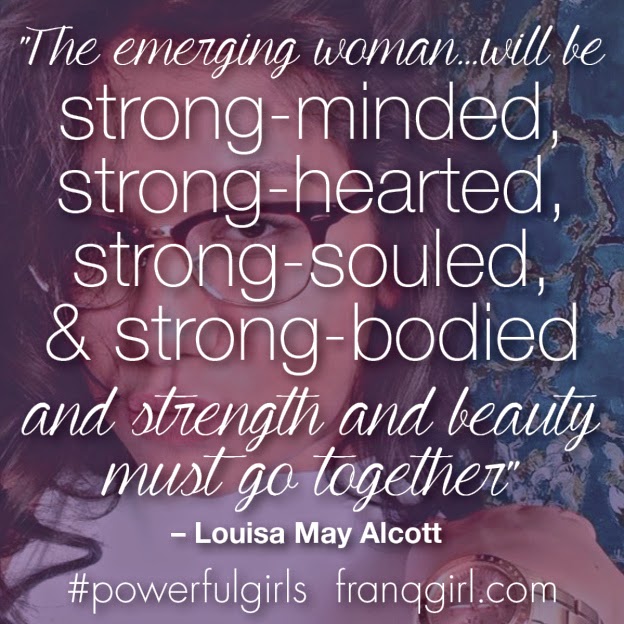